Stories in this Week's Focus 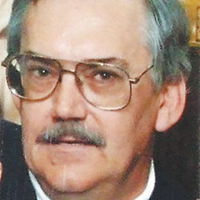 When Tennessee and Arkansas squared off in the 1971 Liberty Bowl in Memphis, on Monday night, Dec. 20, the teams had not met in 64 years and shared little in common other than state borders defined by the Mississippi River.

Tennessee and Arkansas had first met on the gridiron in 1907, with Tennessee taking a 14-2 decision in Little Rock. There didn’t seem to be a great deal of clamor for the two teams to meet again.

The game was deadlocked at 7-7 entering the fourth quarter.

In that final 15 minutes, Arkansas kicker Bill McClard booted two field goals, covering 19 and 30 yards, each set up by a Vol turnover. Happiness was on its way westward toward Fayetteville.

The final result, however, was Tennessee 14, Arkansas 13.

That left Arkansas supporters reaching valiantly for a couple of conspiracy theories.

CONSPIRACY THEORY NO. 1: How many times do you see holding on a field goal attempt that, if it had counted, would have likely put the game out of reach?

Arkansas had taken an apparent 16-7 lead with 5:45 to play on McClard’s 48-yard field goal, booted as flags flew. Tight end Bobby Nichols was adjudged holding, according to the Northeast Arkansas Times.

“It’s very rare that you get a holding call on a field goal protection,” said Frank Broyles, Arkansas’ head coach from 1958-1976. “It’s probably the only one I ever had in my coaching career.”

Nichols later told reporters a Tennessee player grabbed him and pulled him to the ground.

CONSPIRACY THEORY NO. 2: A few minutes later, there was a fumble awarded to Tennessee that still irks Arkansas boosters 50 years later.

“The timely fumble that changed the game occurred in the late minutes when Conrad Graham walloped Jon Richardson after a screen pass.” Marvin West said. “The loose ball attracted a considerable crowd. Bodies were stacked on top of bodies. No telling what all went on down near the ground.”

The fumble recovery actually was a con job, according to Tennessee defensive end Carl Johnson.

“Arkansas had played a very good game,” he said. “It’s obvious the Arkansas guy fell right on the ball.”

Johnson explained that every Vol not involved in the pile, including those on the bench, pointed toward the Arkansas goal and said “our ball.” It’s one of the oldest football tricks in the book, honed over the years by Tennessee players. Carl Witherspoon was credited with the recovery.

Arkansas partisans blamed SEC official Preston Watts for all the turmoil. There were three SEC officials in the game, two from the Southwest Conference. Watts had also made the holding call earlier in the quarter.

The legend goes that Arkansas guard Tom Reed came out of the pile with the ball and handed it to Watts, who then awarded possession to Tennessee.

“I got the ball and cradled it in my chest,” Reed said after the game. “Three Tennessee players jumped on top of me, but I still had it. Finally, the official came up and put his hands on the ball, so I gave it to him, and he signaled Tennessee’s ball.”

The Vols took over at the Razorback 36 and were quickly in the end zone.

Curt Watson, out with a rib injury since the Vanderbilt game and wearing a set of jimmy-rigged pads that dated to the late 1930s, made his last carry as a Vol a memorable one.