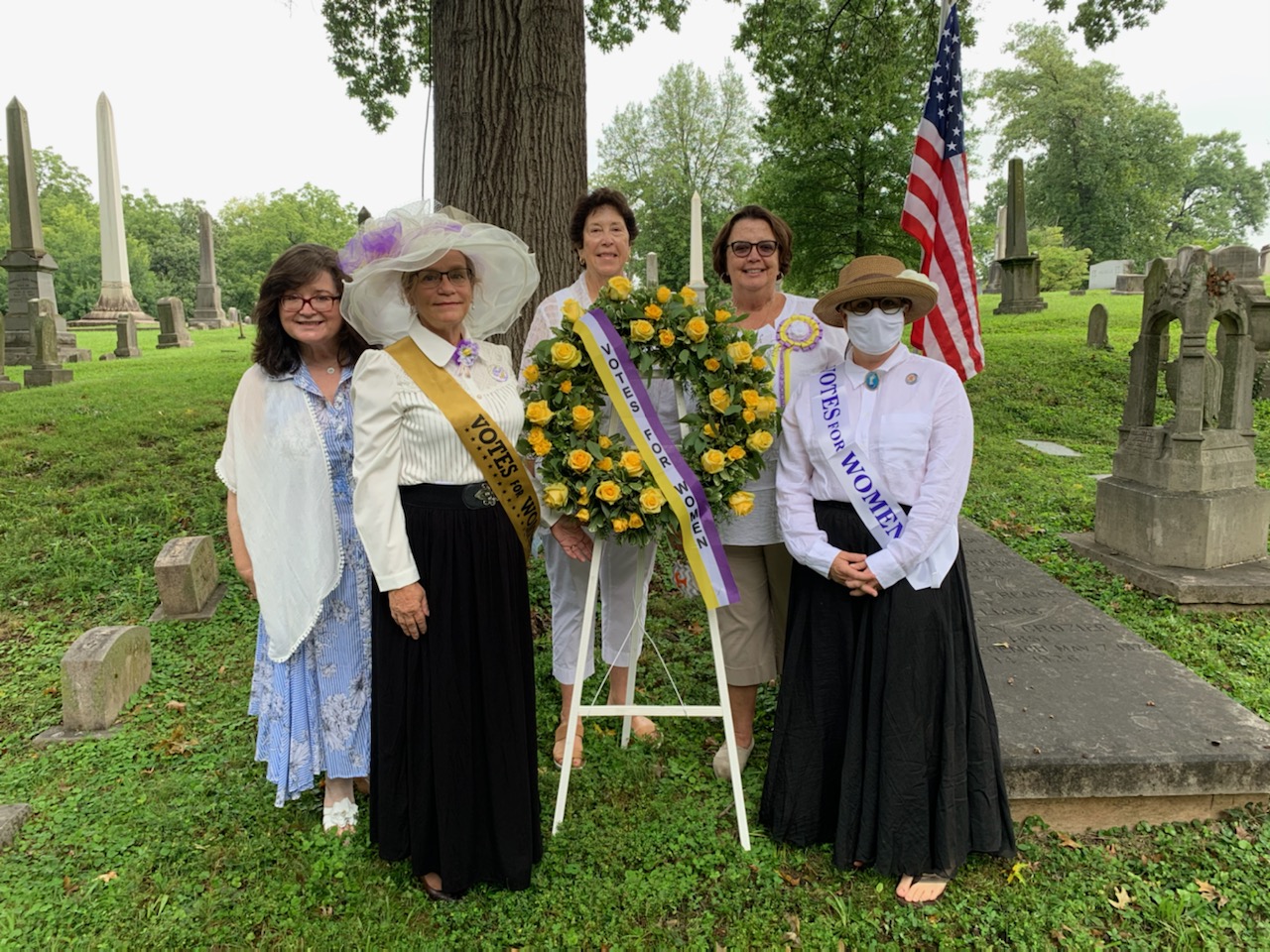 Five Samuel Frazier Chapter Daughters of the American Revolution members along with the Knox County Council of Regents, and DAR members from all five Knoxville area chapters, gathered at historic Old Gray Cemetery on the morning of August 22, to lay a wreath at the gravesite of Lucy Crozier French, in honor of the 19th Amendment Centennial.

Shortly after the wreath-laying ceremony Samuel Frazier Chapter members Leann Johnson and Greta Preston also participated in the Suffrage Coalition Motorcade.  The motorcade started from the “Old City” and made its way all around downtown. They were able to bring it “LIVE” on Facebook to the Samuel Frazier Chapter Members who were unable to attend.