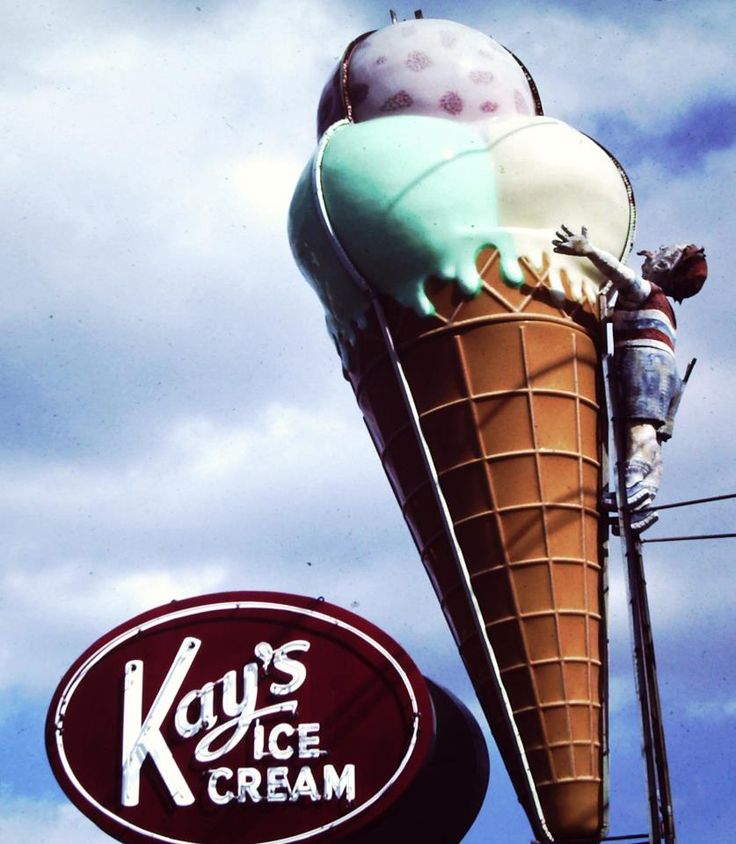 When the Kay’s Ice Cream shop on Chapman Highway first opened in 1946, World War II had ended less than a year earlier.  Tennessee was represented in the United States Senate by Kenneth D. McKellar and Tom Stewart; Jim McCord sat in the governor’s office and our congressman was John Jennings, Jr.  Saturday saw the doors close forever on the last Kay’s Ice Cream parlor.  The Kay’s store had become a landmark in South Knoxville.

There is hardly a person over sixty who cannot remember enjoying ice cream, hot dogs, or a hamburger at Kay’s.  It was always a treat, both figuratively and literally.  My own particular favorite as a small boy was lemon custard.  I recall eating the first banana split of my life at the Kay’s in Maryville and I don’t believe I ever tasted anything so good in all my young life.  One could see entire families enjoying food and ice cream.  The gigantic cone with three scoops outside was a sight that brought excitement to many a youngster of my day.

Eventually, the little ice cream shops seemed less quaint than a reminder of a past too few people cared to remember.  Pressed by increasing competition from shops like Baskin-Robbins and more upscale stores, people got too busy and one by one, the Kay’s stores began to close.  The South Knoxville store had struggled to remain profitable and finally the owners had little choice but to cease operating a business that had operated for seventy years.  When the Kay’s Ice Cream shop on Chapman Highway closed last Saturday, it truly was the last of its kind.

The closure of the last Kay’s Ice Cream shop is not only the passing of an era, but also the end of what was once an iconic fixture in our community.  For people my age, Kay’s passes away with sadness, left as only a series of memories and simply fades into history.