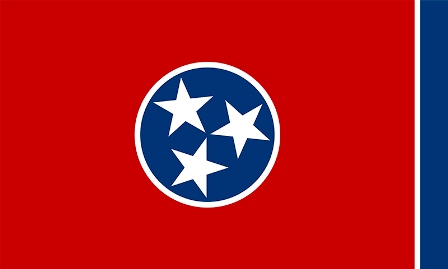 Nearly 100 years ago, Tennessee played a pivotal role in granting women across the country the right to vote.

Now the Tennessee State Library & Archives has a new online collection that highlights that watershed moment in the nation’s history, titled “Women’s Suffrage: Tennessee and the Passage of the 19th Amendment.”

In 1920, after a debate that had raged for years, 35 of 48 states then in the Union had ratified the 19th Amendment to the United States Constitution, which would give women the right to vote. One more state’s approval was needed in order to meet the requirement that three-fourths of the states supported the measure.

Eight states had rejected the amendment and five had not yet voted on it. Tennessee was seen as the best chance of getting the amendment approved before the 1920 presidential election. At a special session called in August of that year, the amendment was quickly approved by the state Senate but then faced stiffer opposition in the House of Representatives. Harry T. Burn, a young House member who initially opposed the amendment, changed his vote – reportedly after being lobbied by his mother – and broke a tie that ensured the passage of a law guaranteeing half the country’s population a fundamental right.

“Speaking as a son and a husband, Tennessee’s vote to ratify the 19th Amendment to the U.S. Constitution was surely one of our state’s finest moments,” Secretary of State Tre Hargett said. “This online collection will make these important historical documents readily available even for people who can’t visit the Library & Archives building and inspect them in person. This access is part of our mission to make more of state government available to everyone.”

This online collection about the suffrage movement, drawn from the many documents and photographs stored at Library & Archives, includes papers from prominent pro-suffrage lobbyist Carrie Chapman Catt, anti-suffrage lobbyist Josephine A. Pearson and Governor Albert H. Roberts, as well as letters, telegrams, political cartoons, broadsides, photographs and three audio clips. In all, the online collection already has more than 100 items and more will be added as the 100th anniversary of the suffrage vote approaches.

To view the collection online, go to: http://bit.ly/TNwomensuffrage