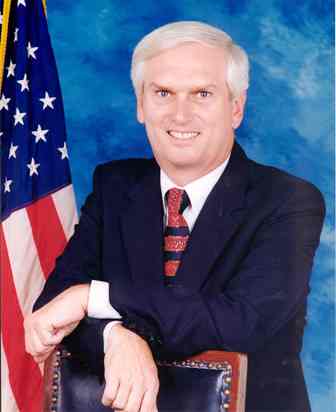 Carson-Newman University has announced speakers for its Undergraduate and Graduate Spring Commencement Ceremonies on Friday, May 6. U.S. Congressman John J. Duncan, Jr. will speak to undergraduates while Carson-Newman Board of Trustees Chair Janet Hayes will deliver the graduate address. An estimated 400 students are anticipated to graduate this spring, a record for the University.

“We are excited about welcoming Congressman Duncan and Board Chair Hayes to our commencement exercises,” said University President Randall J. O’Brien. “Our entire Carson-Newman family will benefit greatly from the addresses of these two esteemed servant-leaders. What wonderful role models our distinguished guests are for our graduating class.”

A native of Lebanon, Tennessee, Congressman Duncan was raised in Knoxville and received his Bachelor of Journalism degree from the University of Tennessee before earning his law degree from George Washington University National Law Center in Washington, D.C.

Duncan has served his state and country as a veteran, state trial judge, and has been a member of Congress since 1988. He currently serves on the House Transportation and Infrastructure Committee and the House Committee on Oversight and Government Reform.

His efforts to cut government waste, reduce taxes and limit bureaucratic red tape have been featured by such news outlets as FOX News, ABC News, CBS News, CNN and The Wall Street Journal. His dedication to such causes led him to be named the most fiscally conservative member of the U.S. House by the National Taxpayers Union as well as one of the few members of Congress to receive the Citizens Against Government Waste Super Hero Award.

She is an attorney at Knoxville’s Lewis Thomason where she was elected shareholder in 2002 and elected to the board of directors the following year. In 2008, Knoxville Business Journal named her as one of Knoxville’s “Top 40 Under 40.” She has been named “Top Attorney” in employment law in Knoxville by CityView Magazine multiple years.