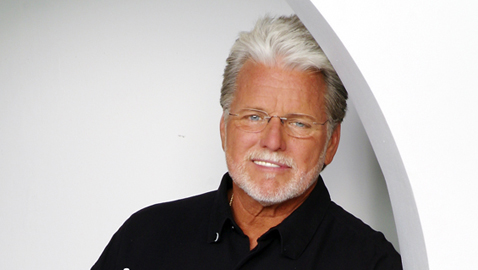 CON HUNLEY will be in concert at the Aug. 16-20, 2017 Smoky Mountains Songwriters Festival.  Not only is he one of the most well loved soulful singing artists with 20 hits on the country charts from the 70’s and 80’s and a career brought back into focus with more albums released from 2004 – 2014, Con is also a songwriter.

The SMSWF is honored to showcase this great East Tennessee iconic vocalist and classic country singer/songwriter in a ticketed concert on Saturday evening Aug. 19th during the 6th Annual SMSWF.  For details on ‘CON’ IN CONCERT and tickets go to www.SMSWF.com.

After signing Hunley in 2004, IMMI Records licensed and re-mastered most of his hits from the ‘70s and ‘80s, making the music available on CD format for the first time ever.   Sweet Memories, produced by Grammy-winning producer, Norro Wilson, as a re-introduction to Con’s soulful singing style, was selected by CMT as one of their “Top 10 Country Albums of 2004.”

Hunley teamed with Wilson again for his 2006 album, Shoot From The Heart, featuring contributions from some of Nashville’s finest songwriters including Dean Dillon, Hank Cochran and Kim Williams.

In 2011, IMMI Records released Lost & Found: The MCA Capitol Years co-produced by Hunley and Wilson. Hunley’s Gospel roots brought him to his 2012 CD Wayfarin’ Stranger, also co-produced by Wilson. In 2014, Hunley released A Collection – By Request.   One of the songs on this album was written by Con’s good friend, Steve Dorff, a Grammy winning music master who performed at the Smoky Mountains Songwriters Festival 2013 and 2014.

Also being showcased at the Aug. 16-20, 2017 SMSWF is another great artist from the ‘80s – Sylvia Hutton.  SYLVIA took the song “Nobody” to the top of the charts for 20 weeks.  Maybe you remember her for “Tumbleweed,” or “Drifter.”   Sylvia is also a songwriter.  She says being an artist is not only about singing; it’s also about listening deeply to herself, to others, and to the stories that want to be told.

Sylvia is hearing music call once again to tell these stories.  June 2016 she released All in the Family; her first album in 14 years and also the first one on which she co-wrote the majority of the songs. On this album, Sylvia touches on the choices, challenges, and turns in the road that have brought her to where she stands today.  It delivers her most personal material to date, combining her skill as a vocalist with her heart as a storyteller.  Hearing the songs on “All in the Family” brings to the audience a presence and perspective that infuses them with new life, reminding fans why they first fell in love with her music while also allowing them to experience it anew.  SMSWF’s ticketed matinee with SYLVIA late Saturday afternoon Aug. 19th promises to be something like you have never experienced before.  You will not want to miss it.

Last but not least, Friday’s SMSWF ticketed concert will showcase two songwriter rounds that are packed with some great songs.  Round one will include Jim Glaser who wrote “Woman, Woman” (Do You Have Cheatin On Your Mind) and “Ring of Fire”,  Bobby Tomberlin who co-wrote “One More Day” for Diamond Rio and “Good Day to Run” for Darryl Worley, and Carrie Tillis, Mel Tillis’ youngest daughter.  Round two includes hit writers who made Garth famous:  Tony Arata –“The Dance” for Garth Brooks and “Here I Am” for Patti Lovelace, Victoria Shaw “The River” for Garth Brooks and “I Love The Way You Love Me” for John Michael Montgomery and Pat Alger “Thunder Rolls” and “Unanswered Prayer” for Garth Brooks.