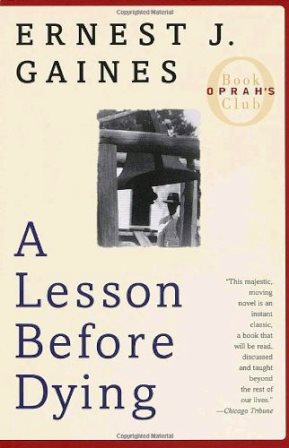 Set in 1948 in a small plantation community in Southern Louisiana, the story centers on an uneducated young black man named Jefferson who is accused of murdering a white storekeeper, and Grant Wiggins, a college-educated native son of Louisiana, who teaches at a plantation school. These two men teach each other the lessons they need to face their very different futures with dignity and strength.

The panel of community leaders, moderated by Jackie Clay, Program Manager of the City of Knoxville’s Save our Sons initiative, will explore the book’s themes of social justice, racial inequality, human ignity and personal redemption as they relate to East Tennessee’s present-day community.

The Big Read is a program of the National Endowment for the Arts in partnership with Arts Midwest. It aims to encourage reading for pleasure and enrichment by providing citizens with the opportunity to read and discuss a single book within their community. In Knox County, more than 2 dozen programs and events are planned including book discussions, screenings, concerts, and lectures. Clarence Brown Theatre is performing the stage adaptation by Romulus Linney at the Carousel Theatre from February 24-March 13.

All Big Read events are listed on knoxlib.org/bigread.